DDG is a mining botnet that specializes in exploiting SSH, Redis database and OrientDB database servers. We first caught it on October 25, 2017, at that time, DDG used version number 2020 and 2021, and we noticed that the botnet has two internally reserved domain names that had not been registered. So we went ahead and registered the two domain names so we were able to measure the infections, (4,391 infected IPs) The original blog is here.

Some botnet goes away after we release the analysis report, such as http81 (persirai), but the DDG stays.

Three months after the release of our first DDG report, in May 2018, DDG got some major updates. Version 3010 and 3011 appeared, we also witnessed the authors effort to polish the 3011 so he can get the mining part work.

On June 12, we captured that DDG.Mining.Botnet released yet another new version 3012 with yet another c2 address. For all the technical details, please check our detailed DDG blog here. 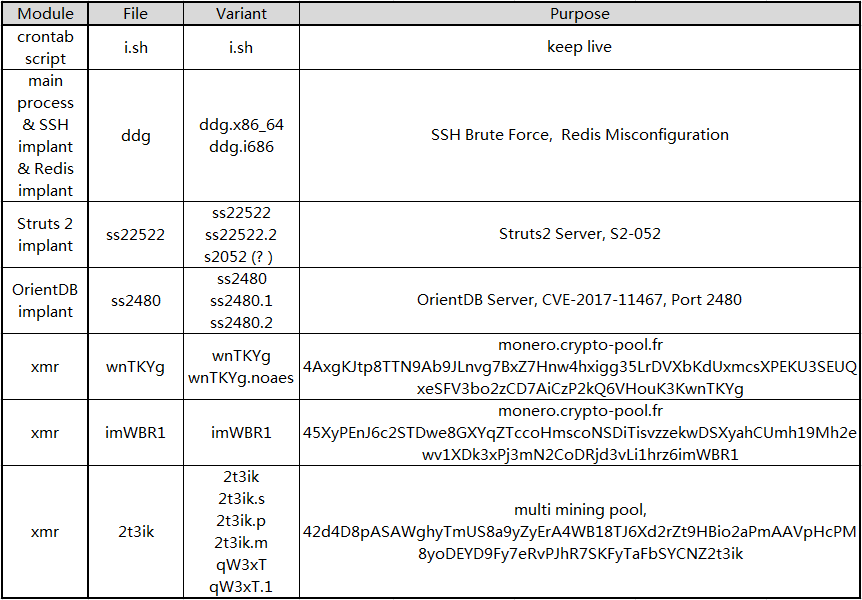 From the figure we can see:

For Sinkhole, we sinkholed two unregistered domain names for DDG version 2020. Although the DDG 2021 version were quickly released and removed these two domain names, we were still able to get an accurate number of the infections. At that time, we recorded a total of 4,391 victim IP addresses. The main victims were China (73%) and the United States (11%):