Much of the new mirai variant that scans port 7547 has been covered by various sources. In this blog, we will not repeat such known facts, and we are just going to list a few observations that we have seen so far.

All the mirai samples so far inherit a coding issue so we can distinguish between a true mirai scanner and a regular scanner. The following table lists first seen time of “old” mirai and the “new” ones that hit our honeypot.

According to the current trend, the bot growth rates of the four ports are:

The figure shows that, bot's growth rate quickly reached a peak, and smoothly maintained at a high level.

On the other hand, from the perspective of the backbone network, the scan on port 7547 began to rise sharply in the evening of 2016-11-26. 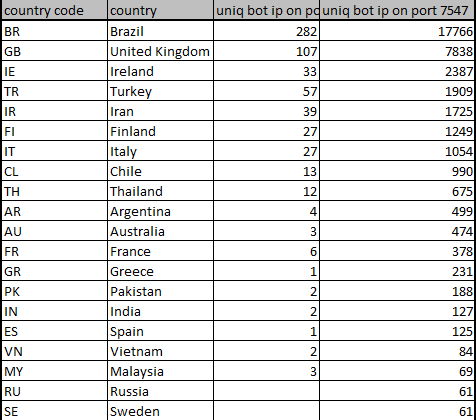 We provide various statistics and data downloads of Mirai-infected devices at http://data.netlab.360.com/mirai-scanner for researchers.

It is noteworthy the exact combination, both C2s and report servers had previously been embedded in the “old” mirai sample that we saw a while ago on 2016-11-09.

![](/content/images/2016/11/07-two-c2-server-and-two-report-server-in-one-marai-sample.jpg)
In other words, the operator of new variant on port 7547 and the previous mirai operator are very likely the same group of people.

The following diagram shows the overlap of all the bots we captured in our honeypot that have scanned port 23/2323/5555/7547. 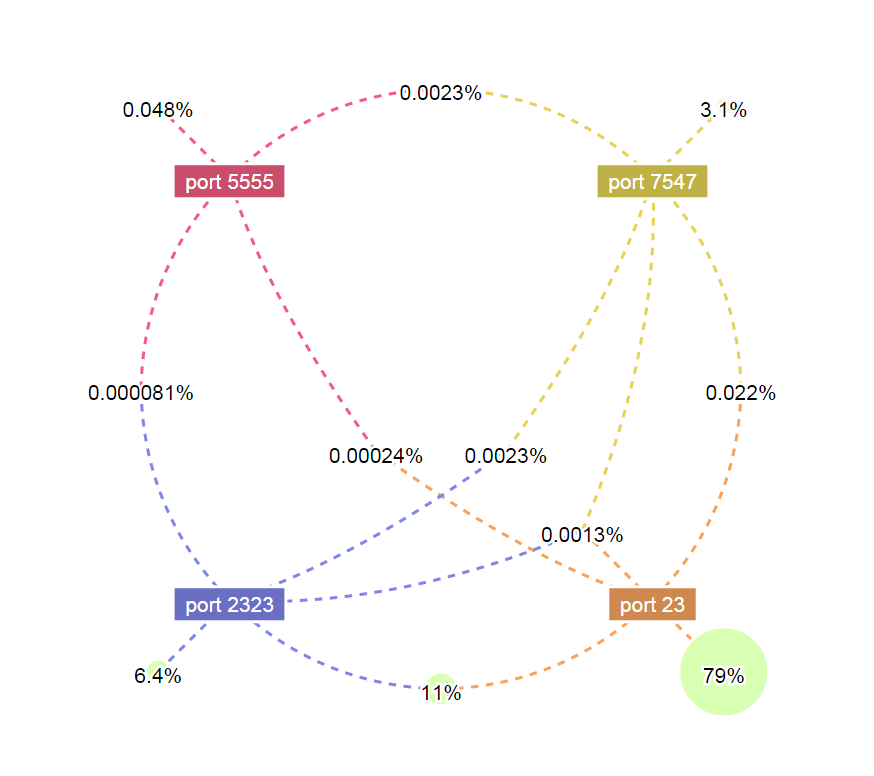 We can see that:

All together we have logged 46,653 IPs that were infected with this new 7547 variants, and we tried to ID these known infected IPs by sending out requests that emulate tr064|tr069 protocol so we would be able to get accurate device info. The following is a breakdown of the infected device lists from 5976 IPs that response us. (The majority of the sources might have that port blocked by mirai, or device reboot, or IP changing, or various network issues). 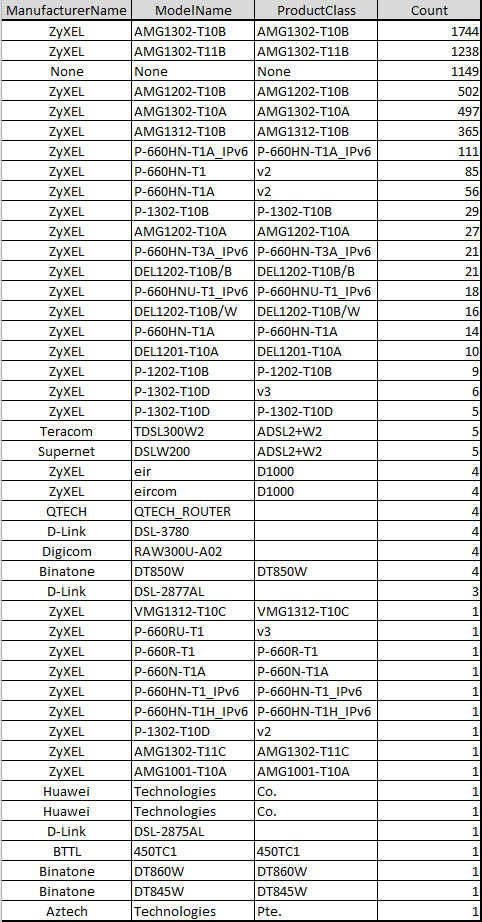