In less then ten days, Memcache DDoS attack has come out of nowhere and really captured lots of attentions within the security community. When we look at the news, we see all sort of reports but hardly can get a good idea what the real situation is, for example the most important question, how many victims are out there? And how big the attack army is?

Our team has been running the free ddosmon platform for quite some time and with all the massive amount of network data we have good visibility into the ddos world, so, in this blog, we will provide our insights.

In our previous blog we mentioned that there had been hardly any Memcache DDoS attacks in the last 9 months since our 360 0kee team publicly disclosed this vulnerability. However, since 2018-02-24, the frequency of attacks has increased dramatically. As shown in the following two figures: 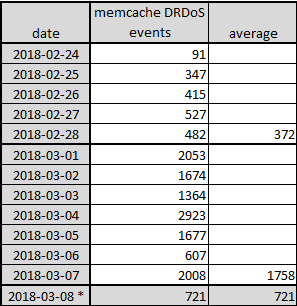 We can roughly divide this period of time into the following stages.

We also took a real test on the 15k active reflectors on Mar 07. Roughly 15% of them respond to the "stats" command we request and thus indeed have the ability to engage in actual attacks.

In this case, the ratio at 15% looks a bit low. Maybe more tests needed to understand the situation.

In the past ten days, quite a few popular websites became victims of this DDoS attack. For example, in github around Feb 28 17:20 UTC suffered a DDoS attack, the peak flow rate reached 1.35Tbps, according to akamai and github.

Correspondingly, our DDoSmon platform observed two attacks against github, . The former is the one publicly documented.

All these technical features are consistent with github's public documents. Next, let’s take a look at the most recent 7 days of data on DDoSMon for some detailed breakdown.

In order to make the result more readable, we use our PDNS system to map the victim IPs back to their dns names. Within them, 981 (13%) have recently (within a week) resolvable domain names, and 15k (22%) have historically had domain names.

For all the targets above which have dns names, we checked Alexa top 1m domain list and our Float top 1m to generat two lists.(Float is our internal domain popular ranking system with a focus visits mainly in China.)

Here is a snip for alexa(please bear in mind that we use the most recent PDNS to map the IPs, also we only keep the SLD, not the whole FQDN, so attack against a.com is mostly like attack against subdomains such as zyx.a.com, not necessary a.com itself.

These two lists can be downloaded here and here.

Take a look at both lists, you will spot lots of interesting targets. For example: 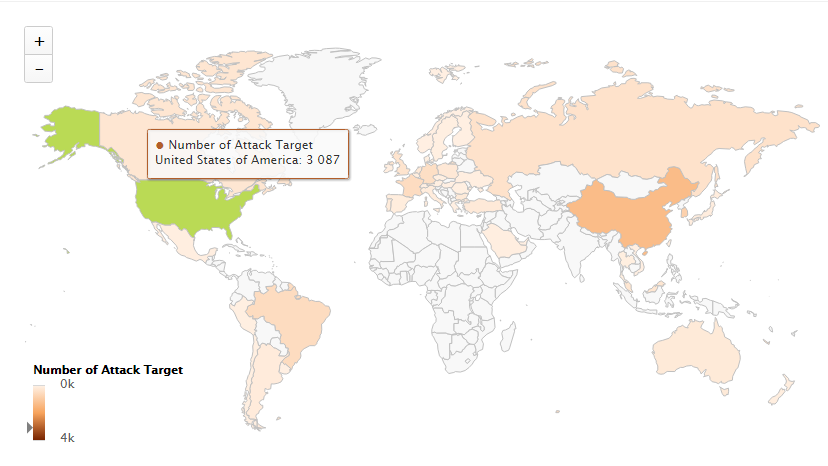 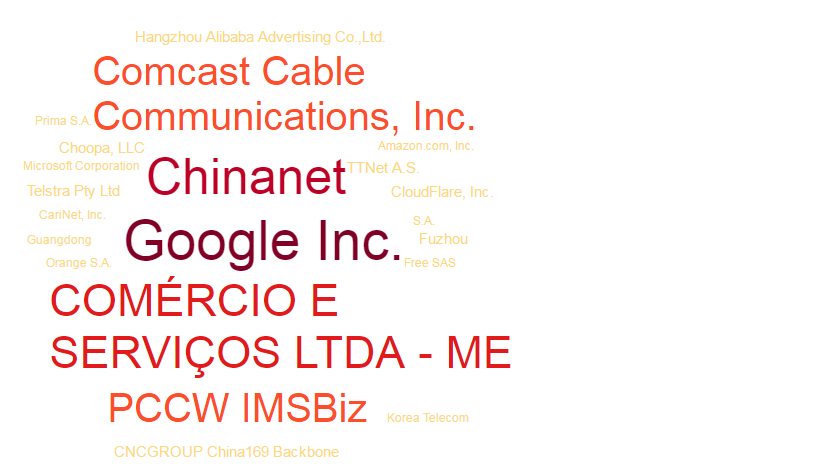 We set up a honeypot for this type of attack and filtered out over 37k attack instructions.

As shown in the following table, 99% of the attack instructions are based on memcache STATS directives.