360 Netlab Blog - Network Security Research Lab at 360
—
Pink, a botnet that competed with the vendor to control the massive infected devices
Share this

Most of the following article was completed around early 2020, at that time the vendor was trying different ways to recover the massive amount of infected devices, we shared our findings with the vendor, as well as to CNCERT, and decided to not publish the blog while the vendor's working was in progress. Last week, CNCERT finally disclosed this botnet, and we have learned that the infected devices have “mostly” been taken care of, so here we are..

On November 21, 2019, we got an interesting new botnet sample from the security community, the sample contained a large number of function names starting with “pink”, and we named it pink botnet.

Pink is the largest botnet we have first hand observed in the last six years, during peak time, it had a total infection of over 1.6 million devices (96% are located in China) Pink targets mainly mips based fiber router, and has very strong and robust architecture, it uses a combination of third-party services, P2P and central C2s for its’ bots to controller communications, and has complete verification of the C2 communications, doing this ensures that the bot nodes will not be easily cut off or taken over Pink raced with the vendor to retain control over the infected devices, while vendor made repeated attempts to fix the problem, the bot master noticed the vendor’s action also in real time, and made multiple firmware updates on the fiber routers corresponsly.

Pink adopts DNS-Over-HTTPS protocol, which is also not typical.

We have infection numbers from three differentness sources, they are:

"From the data measured in multiple dimensions such as NetFlow data, active probing, and real-time monitoring, the number of Bot node IP addresses associated with this botnet exceeds 5 million. As home broadband IPs are dynamically assigned, the true size of the infected devices behind them cannot be accurately estimated, and it is presumed that the actual number of infected devices is in the millions. One of the main bases of the measurement is that the number of IPs connected to C2 in one minute was well over one million."

Pink is a hybrid architecture botnet that uses both "P2P" and central “C2" to communicate to its bots . In general, it delivers less time-sensitive commands (e.g. management configuration information) via P2P, while more time-sensitive commands are distributed centrally via the C2s (e.g. launching ddos attacks, inserting advertisements into HTTP websites visited by users).

One key step for every Bot is to find the controller. The controller information is contained in the "configuration", and the following is the latest configuration we intercepted.

After reading the previous section, it is easy to see that the "configuration information" is actually the core of the botnet, which guarantees the attacker’s absolute control over the botnet.

The bot master also signed the configuration information using ecdsa to make sure no one can mess with the message, with the following signature details.

a) Distribution of configuration information through third-party services

1. Distribution of configuration information via BTC+GITHUB

The core of this distribution channel is a project hidden on GITHUB, the most recently seen project is (mypolo111/vfg), and you can see two lines in the README of this project. However, for each Bot, trying to find this hidden item is a multiple steps process:

Step 1: A topic tag was first generated from the transfer record of a fixed BTC wallet [1GQNam6xhzYVLWWXvRfu3EjsFon6n6GxMF], (after reversing the sample, I reverted the process as shown below, the query of the BTC wallet uses four web services, and the specific addresses are also shown in the figure). 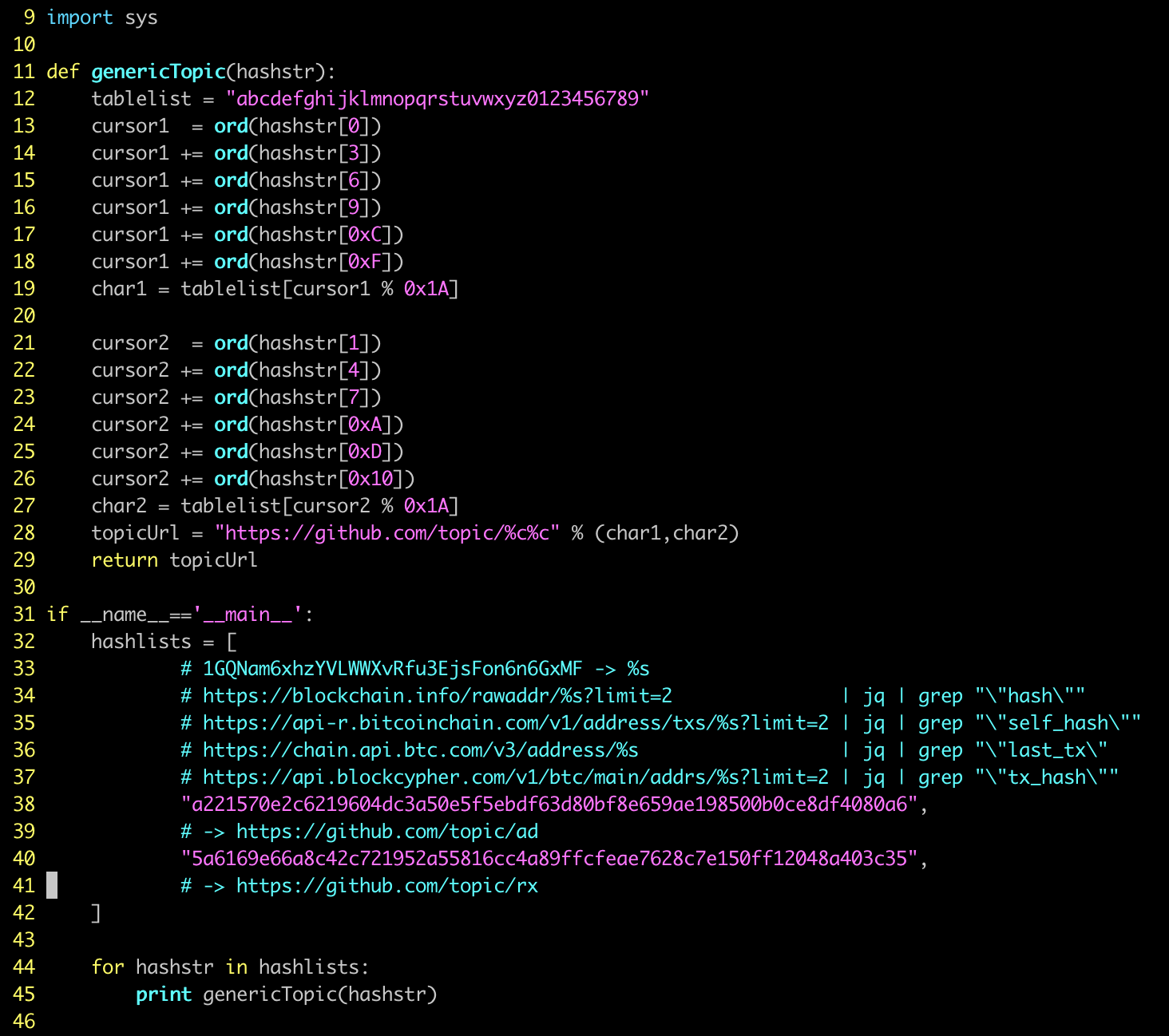 Step 2: For each of the possible topic tags, there are many related github projects. Going through the ISSUES of these projects and looking for a file with the format ...!<base64>...? String,when a match is located, restoring the base64 will give you the address (for example, the most recent one we found is ...!L215cG9sbzExMS92Zmc=...? By restoring this base64, the address of the hidden item is mypolo111/vfg)

PS: mypolo111 has submitted ISSUES in several projects, the relevant
screenshots are shown below.

Important note here: With these set of addressing logic above, the bot master can easily switch the real GITHUB project address by adding transaction records to a specific BTC wallet. In such a case, the specified BTC wallet must be blocked in order to disrupt the GITHUB-based distribution logic of the botnet, or else the defender would just be playing whack a mole.

In a few samples, the bot master also distributed configuration information via a website in China, using similar logic to that of GITHUB distribution.

b) Distribution of configuration information via P2P

The attacker has a domain name cnc.pinklander.com built into some of the samples. When the domain name is enabled, a web page is displayed with the same content as the GITHUB project. It is also the base64 encoded configuration information.

Each command contains at least 7 bytes, and the meaning is as follows.

Here is a screenshot for reference, where the instruction field is marked in red. 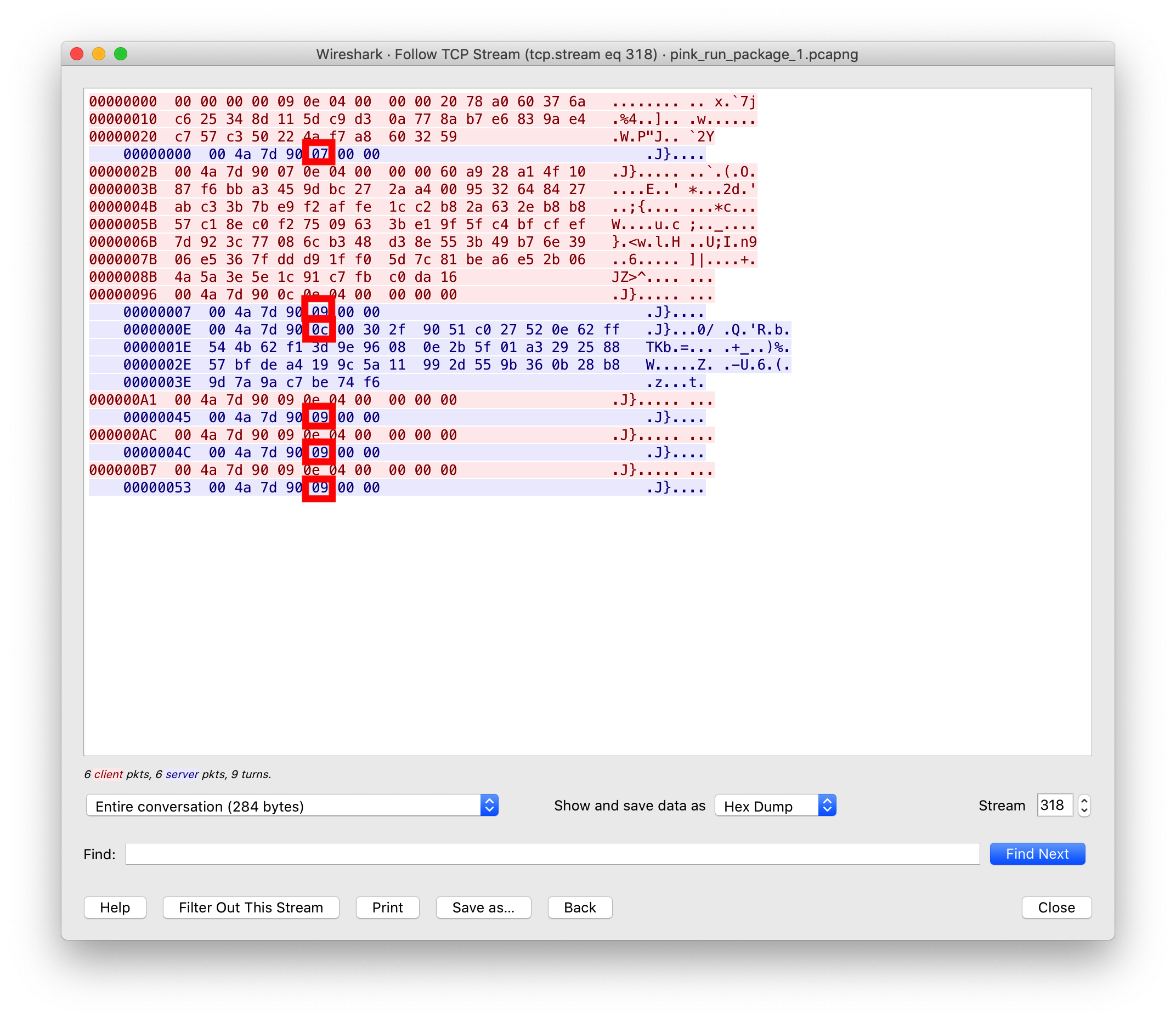 The cncip1 and cncport1 in the above configuration information are the actual C2 nodes used by the attacker. The communication details are as follows.

In order to adapt to the different distribution of byte sequences in mipsb/mipsl models at the same time, the transmitted content is transformed by the open source library nanopb, which can abstract the serialization and deserialization process by agreeing on a template, thereby ignoring the interference of big/little endian memory.

The Pink instruction has a rich set of controls.

Unlike other the botnets we commonly see, Pink will flash the original firmware of the fiber router after infecting it in order to maintain absolute controls. In the rewritten firmware, PinkBot's downloader c2 and the supporting bootloader are included.

The following figure shows the list of files added/modified by Pink. The tmp directory can be ignored, as it contains temporary files generated when the sample runs.

The tc69c file is a patch version of tr69c of the original firmware of the fiber router. It removes the update function from the firmware, which basically makes it impossible to update the firmware through tr69c.

We simulated PinkBot node to receive commands distributed by the C2 in real time. In addition to the daily maintenance-type instructions (heartbeat instructions/peerlist synchronization instructions), we also received several instructions to insert advertisements to WEB pages, such as:

As mentioned earlier, Pink uses P2P to distribute non-real-time command information. Using this feature, we were able to evaluate the number of PinkBot infections on a global basis. The major vendor has been exploring all possible methods to eliminate infected devices and the infection number has dropped significantly. While at the same time, there are still a good amount of infected units out there, on 2021/10/20, we still see 103024 daily active IPs.

DDos does not seem to be a big thing with Pink, we have seen Pink launching around 100 DDos attacks all together, for example:

In the process of analyzing and tracking the Pink botnet. We noticed that the bot master and vendor have conducted several offensive and defensive cyber wars.

Round 0: According to information provided by one major vendor involved, the confrontation first occurred in mid-November 2019. The vulnerability under attack originated from a TCP-17998 control service, which is an interface provided to operators to the device. Due to a misconfiguration and implementation of the service, access was opened to the public network, through which the attacker gained control of the relevant fiber routers.

Round 1: After discovering this problem, the vendor started to try to fix its own device through the same vulnerability on the public network. However, it was soon discovered and immediately acted upon by the bot master, who shut down the TCP-17998's extranet access via iptables, preventing further fixes by the vendor using this method.

Round 2: This time the attack and defense focused on the tr069 upgrade channel. The vendor from the operator side can use tr096 to get in and repair the device when the unit boots up. However, the attacker had great visibility and quickly updated the firmware to turn off the tr096 update channel.

Round 3: Now the vendor tried to use the TCP-80 HTTP service on the LAN side of the device to repair the device, however, the attacker quickly noticed what was going on and updated the firmware again to take out the HTTP service file on the device. At this point, all devices have no control plane for the vendor to provide management service.

The finally: The only option left for the vendor to dispatch people to the end customers to physically access the fiber router, disassemble the debugging interface or simply replace the unit.

Our take: The bot master easily got an upper hand in multiple rounds of offensive and defensive confrontations, the vendor had no control and no visibility to where the devices are, how many of them are infected and what was going on on these devices and had no way to easy access the devices. On the other hand, the bot master had full visibility and full control over the infected devices and could issue whatever service command such as blocking ports, removing services through the centralized C2 in real time.

We traced back the Pink and found out that its first existence went back as early as October 16, 2018, at that time the Github account used was pink78day (this account is not exist now, seet Google snapshot here). 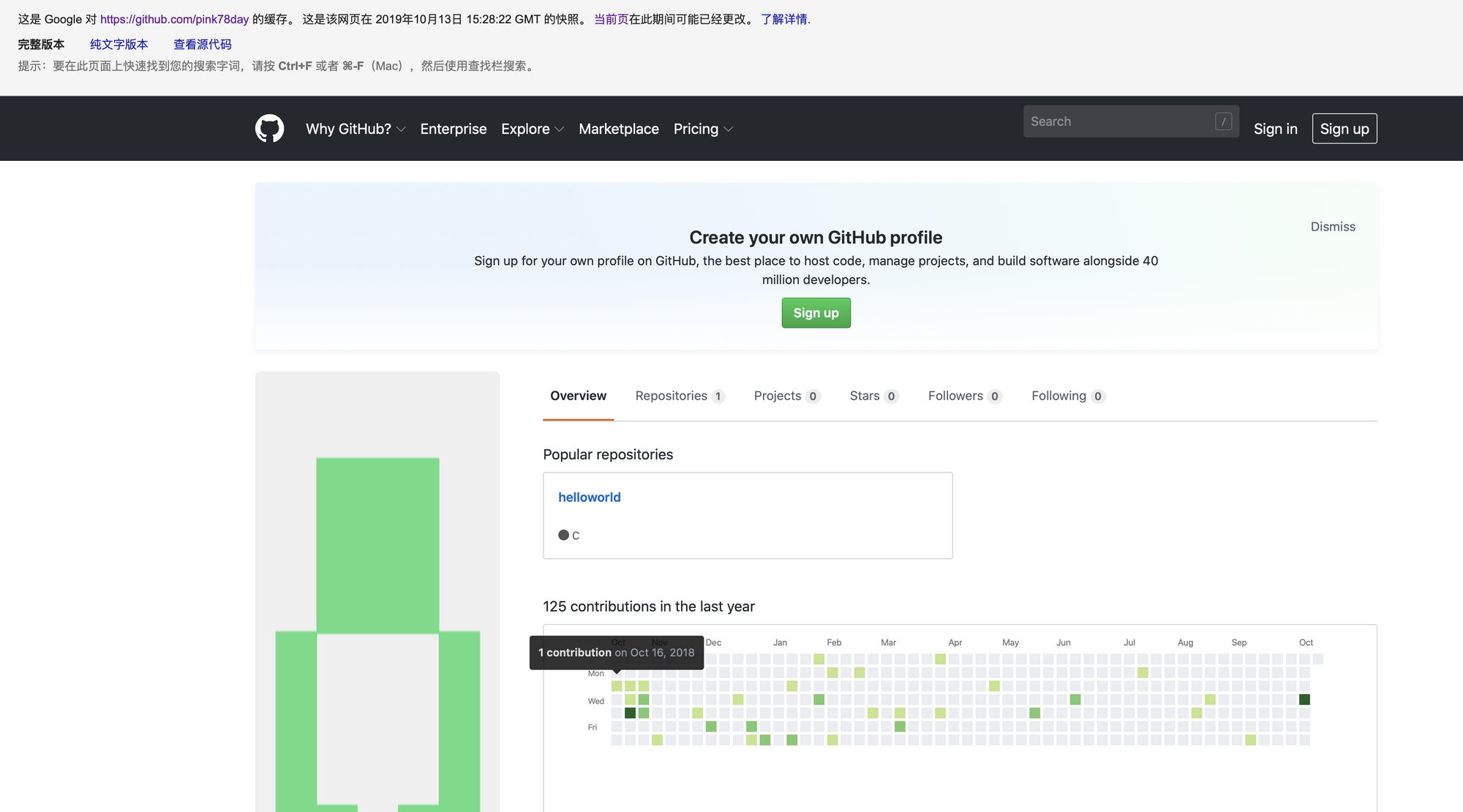 The account currently used by PinkBot is mypolo111 registered in late November 2019, and pink78day is no longer searchable on Github.

Note here as we mentioned before pink78day is not used as a centralized channel for distributing instructions, so simply blocking this account would have no real effect. The attacker can instantly redirect Bot to a new account by just adding a new transaction record to its BTC wallet.

Pink synchronizes samples via HTTP services. Some of the HTTP services
used are publicly services and some are temporally created.

The following URLs have been used for sample synchronization. These URLs
were all extracted from PinkBot's configuration.