360 Network Security Research Lab recently discovered a new botnet that is scanning the entire Internet on a large scale. Taking into account the following factors in the botnet, we decided to disclose our findings to the secure community:

We sort out the botnet discovery process, communication techniques, behavioral characteristics, a brief analysis of the botnet attacks, and in accordance with the timeline to organize the blog as follows:

Researcher Pierre Kim (@PierreKimSec) released a vulnerability analysis report on GoAhead and other OEM cameras on 2017-03-08. In terms of equipment manufacturers attribution, the original author pointed out that the equipment OEM manufacturers involved more than 1,250 different camera manufacturers, models; About the number of potential infection equipment, the researcher used Shodan to estimate that more than 185,000 devices have potential problems. The original article links as follows:

In the original article, the researcher pointed out that GoAhead camera has a number of problems, including:

The original author points out that attacker can gain root access on the impacted devices without any device login by utilizing the above two vulnerabilities, and he also provided a PoC.

The Attacker Exploited the Vulnerability

It only took a little bit more than a month for the attacker to exploit the vulnerability after the original PoC announcement, on 2017-04-16 we have noticed the scan activity.

The payload we captured has the following characteristics:

We first noticed this event from our real-time port scan monitoring system:

From scan to sample

After noticing the scan behavior, we started to look into our various systems. Our honeypot captured the following samples. It worth noting that, although the names of the samples contain the mirai word, the way they work has some major difference, and we think it should be treated as a new threat.

The file information for the samples is as follows:

The delivery of the payload

The payload is delivered after a successful port 81 scan and verification process.

This payload is contained in the sef_ftp.cgi URI, which decodes to

The victim is therefore forced to initiate a nc connection to the attacker's server and downloads wificam.sh

Our different monitoring systems all successfully picked up this activity

Reverse engineering the sample is more time-consuming and is still a working in progress, we may release further analysis later on. At this stage, we can discuss a little bit about the samples' network behaviors:

The samples will communicate with load.gtpnet.ir/ntp.gtpnet.ir both in the infection phase and in the attack phase.

Further analysis of the UDP attack:

In addition, from the sandbox Pcap, we can see the attack packet uses real IP address, also the payload is populated with the SSDP (UDP 1900) data. 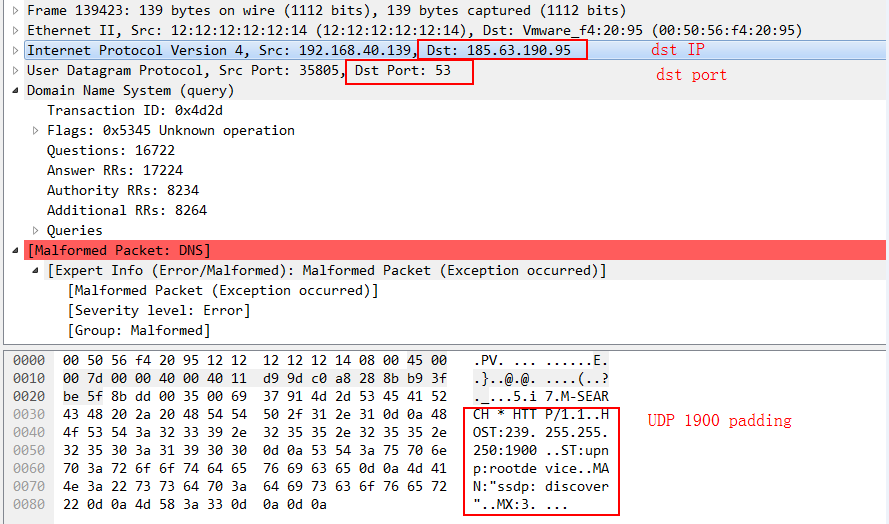 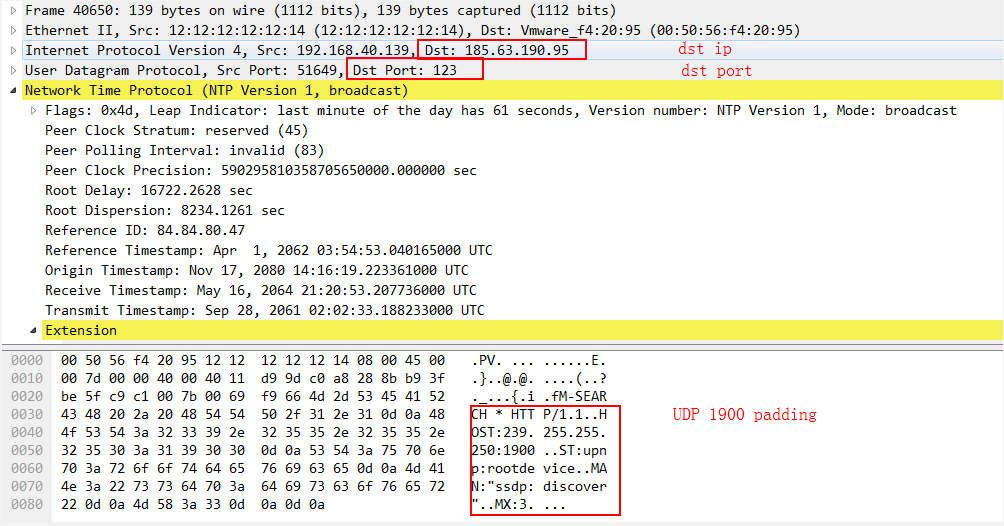 Overall, we think this is a new family, not a variant ot mirai family.

The difference between these samples and mirai includes:

The sample also have something in common with mirai:

* Infection phase: the use of some sort of unique (but well known in the security community) syn scan to speed up the process of port scanning. However, today this technique is no longer a mirai unique feature
* File name: the word mirai in file names
* Code reuse: partial mirai code borrowed 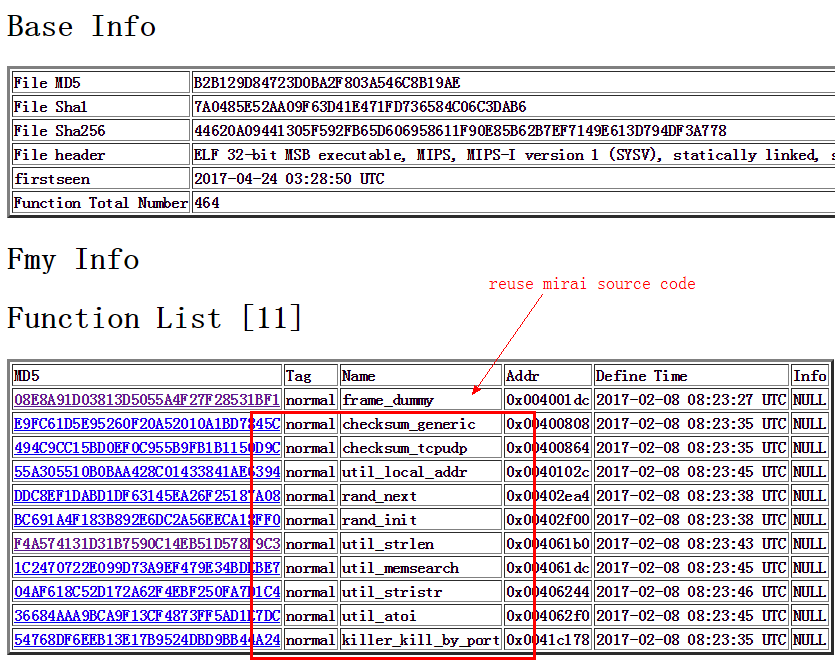 IoT devices are the target of this threat, although there are 1200+ potential kinds of equipment. We successfully used our DNS data to pinpointed major victims.

We have developed a machine leaning based tool we called d2v that can be handy to line up associated domain names. In this case, D2v helps us find following domains names associate to ntp.gtpnet.ir when the spike occurred: 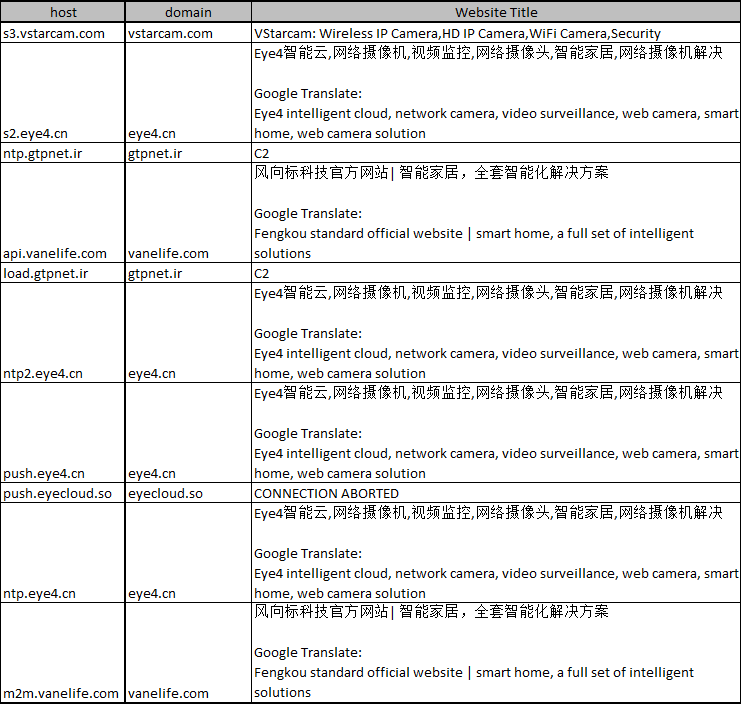 The DNS historical records of the two domain is as follows

As we can see:

Domain ntp.gtpnet.ir 's IP instability may be explained by the following fact(s):

* We can see from the reverse engineering, the former domain only responsible for delivering the initial downloader, so the load is relatively light; while the latter domain is responsible not only for delivering wificam.sh and five elf samples, but also bear the responsibility for communication with all the bot, so the load is much more heavier than the former
* The whole botnet is quite big, the server might have to talk to tens of thousands of bot at the same time.

Here is the domain's registration information :

The domain’s expiry date is 2018-04-06, we can safely assume the domain’s registration date is 2017-04-06, which happened after the PoC and before the scanning spike. So it is pretty clear, this domain is setup just for this botnet.

Util now, based on the dns queries, the number of bots we see is 43,621 (the global number might be much higher), we only have DNS visibility in China, so our dns view is limited to the Chinese mainland. The specific geographical distribution is as follows: 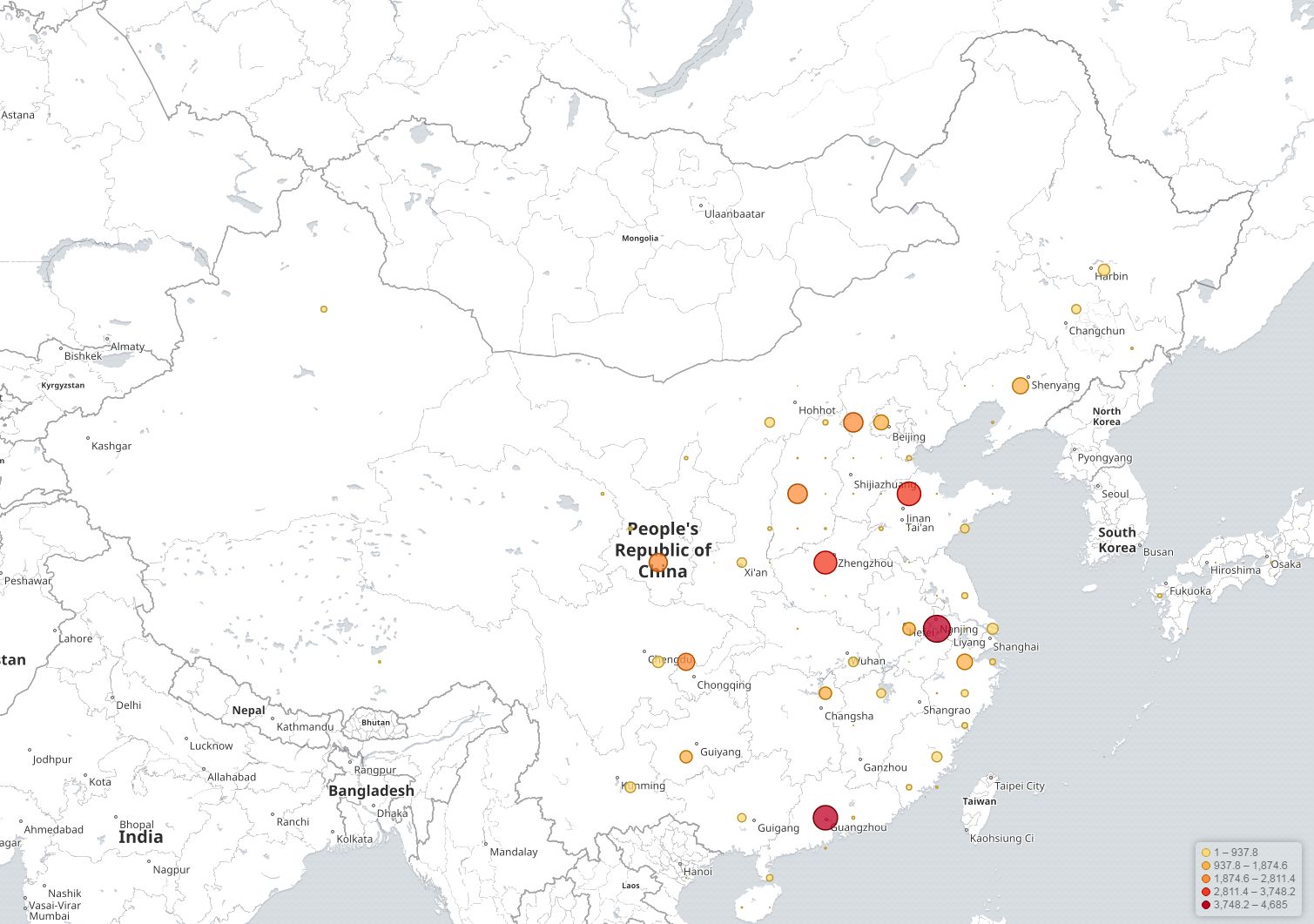 Daily active scanner number in mainland China varies between 2,700 and 9,500, as follows: 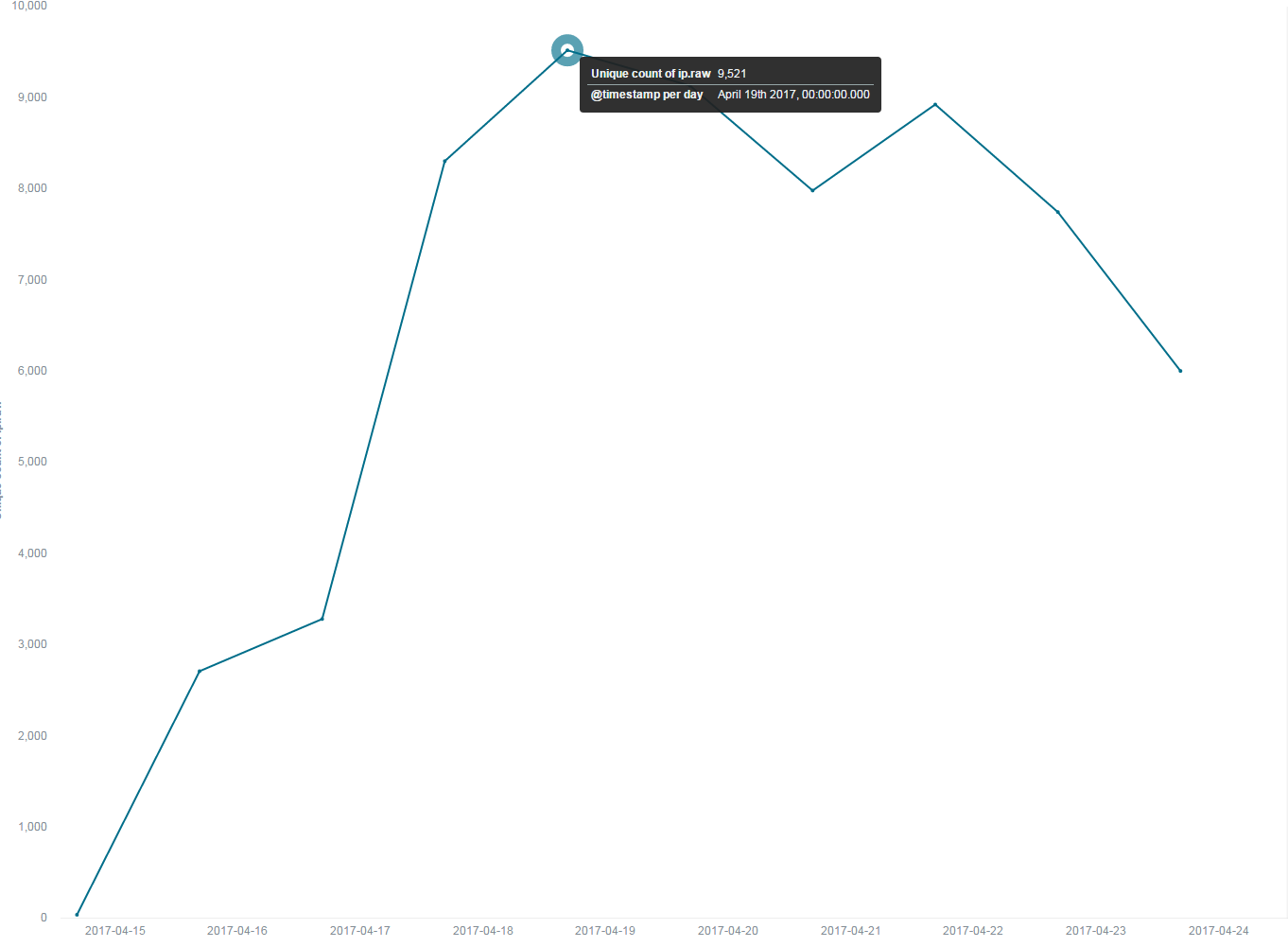 Among all the bots hitting our honeypot, 212.232.46.46 somehow stands out, it was the first scanner hit our honeypot using this particular vulnerability , and after 5 quiet hours, all the massive scan started from various sources. 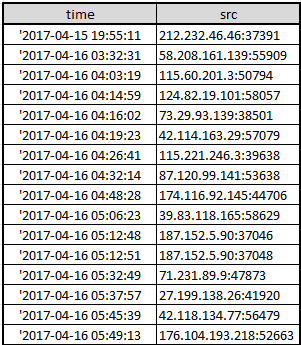 We are not sure why, but this might be something worthing looking.