In our previous blog, we introduced a new IoT botnet spreading over http 81. We will name it in this blog the http81 IoT botnet, while some anti-virus software name it Persirai, and some other name it after MIRAI.

In this blog, we will compare http81 against mirai at binary level:

With the distinguish differences in infection, C2 communication and attacking vector, the http81 should be treated as a different botnet from mirai.

As we all know，mirai were spreading very fast under the support of SYN port detection. Nowadays this mechanisms is borrowed by several different botnets, including this http81. 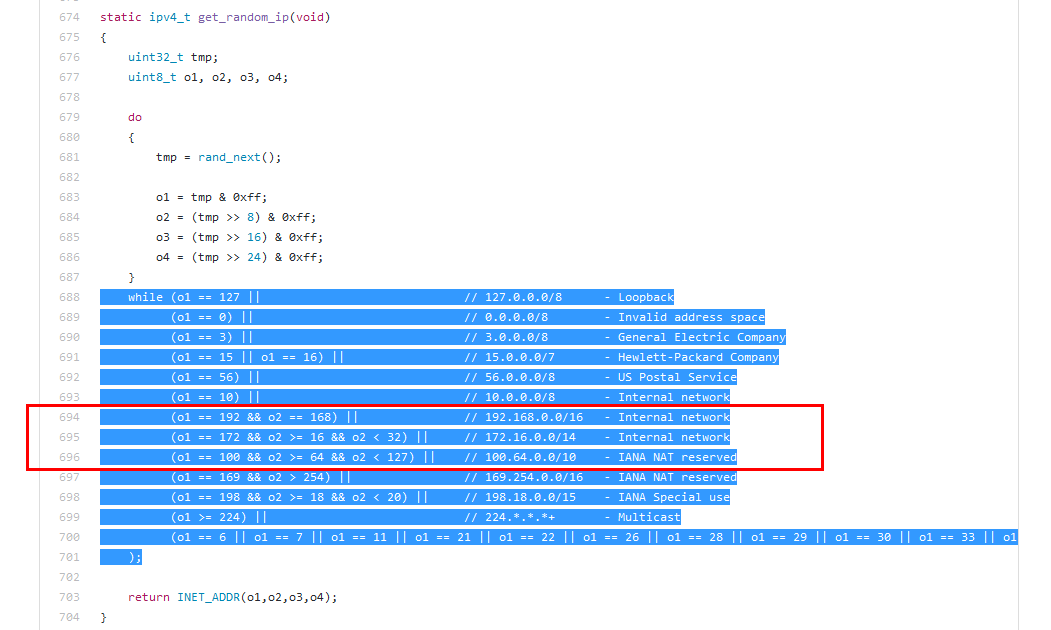 Exactly the same code snippet exists in http81 botnet in function sub_A7C4. Following figure shows the same code lines in the red boxes. In fact, the whole while cycle is the same. 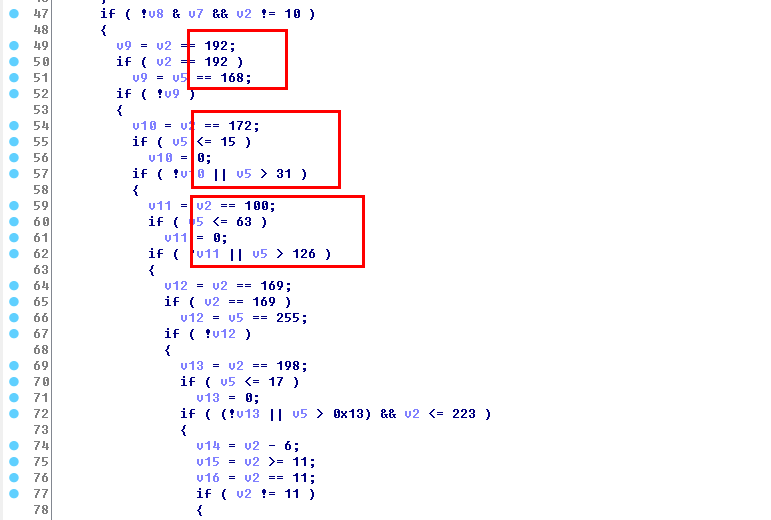 Same Functions as a Fundamental Library

When compared at assembly instruction level, it is clear that a small number of functions are highly consistent between two botnets.

These listed functions looks very fundamental, as from the function name. For example, the function rand_next is called in the IP blacklist snippet mentioned above.

C2 Presence in the Source Code

In the MIRAI source code, an Xor encryption algorithm is used to protect the original C2 domain name, to bury it into a ciphered text deep in the source code. Clues are showed in following snapshot, from the table_init function of the table.c file.

But in http81, the C2 is store in plain text. A bared C2 can be seen from the figure below.

The source leaked mirai was spreading over telnet 23/2323. Some mirai variants works on different ports such as 7547/6789/3777, but no evidence of http 81 port exists. More details can be found in Mirai Scanner.

This http 81 port injection is a unique feature of the http 81 botnet, with more details listed in our previous blog.

http 81 botnet adopts a completely new protocol, listed in following table. In this list, 00 06 and 00 08 are code for UDP flood. 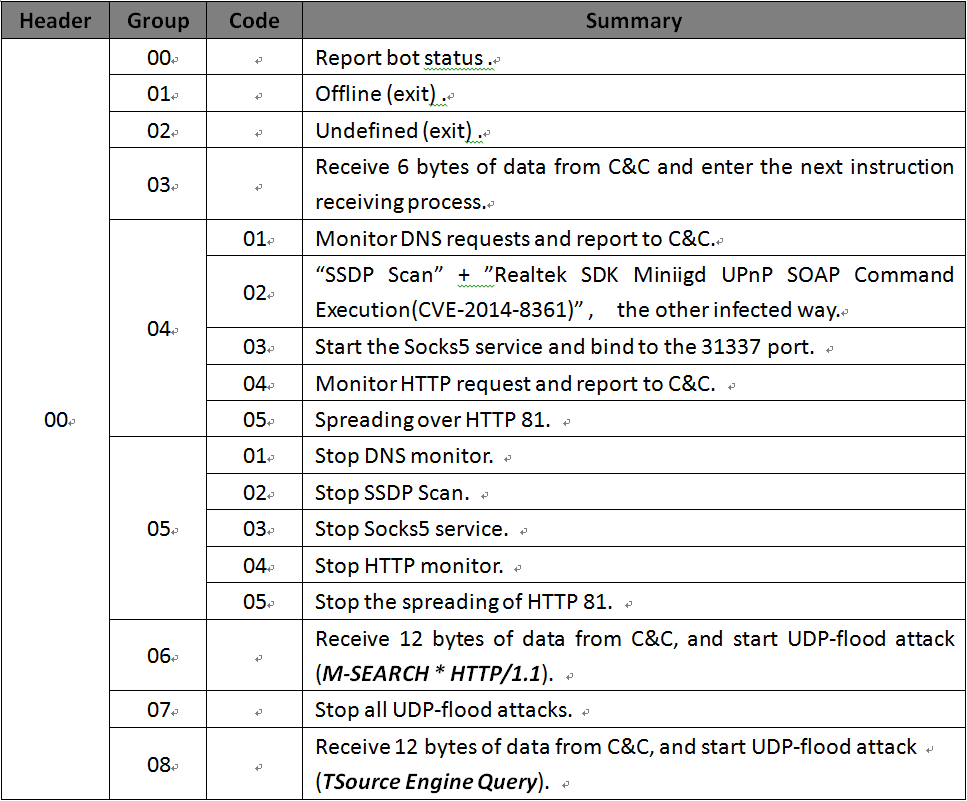 MIRAI owns 10 DDoS attack vectors including a unique GRE/VSE attacks, which listed in the attack.h file.

But http81 owns just two DDoS attack vectors. Both are UDP flood with protocol numbers 00 06 and 00 08, mentioned in above.

Another Inactive Infection Method on SSDP/UPnP

Although http81 use a unique http 81 injection, there is another infection method with instruction code 00 04 02, which seems inactive.

Once activated, large number of UDP requests will be send in a short time to randomized destination IP on port 1900, with following packet contents.

This is exactly the first request packet of the SSDP protocol (Function address: 0x0000A918). If one of them hits a SSDP device, the bot will enter the SSDP interactive process to get more device information, and try to use the EXPLOIT (CVE-2014-8361, "Realtek SDK Miniigd UPnP SOAP Command Execution" ) when the keyword (:52869/picsdesc.xml) appears(Function address: 0x0000A458).

Sometimes, when the bot can not directly exploit the target device on the WAN side, an function containing "AddPortMapping" will be tried (Function address: 0x0000AE20) to establish an port tunnel, through which another shot of exploit will be tried.

Payload of the later 00 08 is different.

ntp.gtpnet.ir/load.gtpnet.ir are now silent by resolving to internal network address since 2017-04-26 02:13:49(GMT+8), so the bot-master will not send command to the botnet at this moment. But it doesn't mean bot-master has lost control to the botnet.

We will treat http81 a new new family different from mirai.